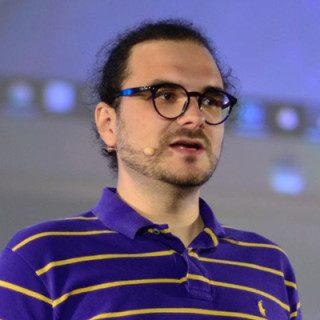 René Schulte is Director of Global Innovation at Valorem Reply working with teams across the globe on emerging technologies like the revolutionary 3D volumetric video telepresence solution HoloBeam and the AR Cloud enabling large, cross-platform user experiences with persistence. He is a creative thought leader with passion for UX and deep technical knowledge from more than 10 years in VR/AR/MR/XR technology and 3D programming, developing for the Microsoft HoloLens since 2015, was featured on Forbes and is listed as VR/AR/MR dev influencer. He also coded AI deep learning neural networks before it was cool and is leveraging modern AI to empower humans. He is a frequent (keynote) speaker and panelist at conferences like //build, Unite, Vision VR/AR Summit, VRDC (GDC), AWE, ESA, and more. Blogs about many topics. He also created popular open source libraries like WriteableBitmapEx and the AR library SLARToolKit. He was honored several times for his dev community work with the Microsoft MVP award and recognized as Microsoft Regional Director.